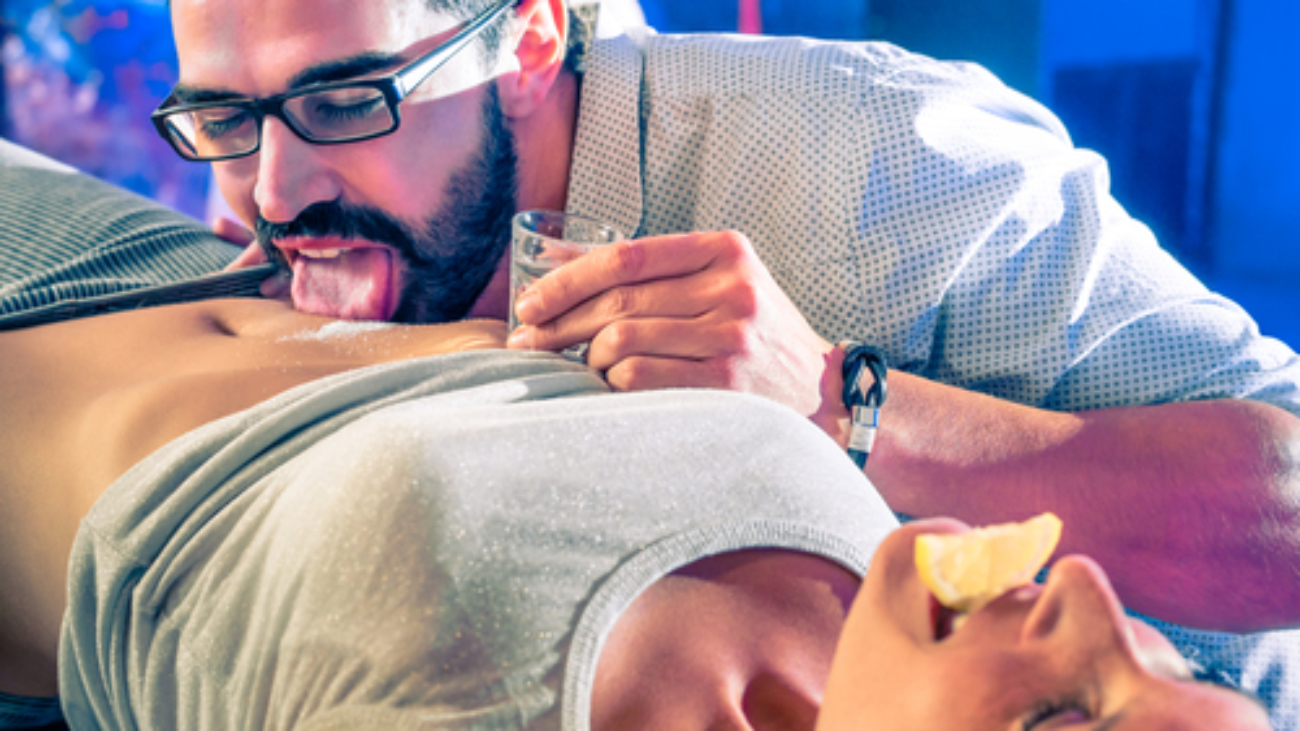 You are ready for the perfect house party. You have a bunch of friends coming over, and you have already stocked the liquor cabinet. Now, you just need the right sexy party games for a naughty house party. If you want to make this evening unforgettable, try using the following games. These games will get your guests interacting and ensure that everyone has the time of their life.

Before you start your naughty house party, you have to set the rules. Some people are fine with anything happening and are completely open. Other people are not into kinky party games. Set fair rules and make sure that everyone knows the limits. The goal is for everyone to have fun, so make sure that everyone knows how far each game can go and respects the limits of other people.

If alcohol is involved, try to play your games at the start of the evening. After everyone has already had plenty to drink, you need to tone things down. You don’t want someone throwing up in a game of naughty Twister. Since some of these games have more complicated rules, you should also start with one of the games that is easier so that everyone can get used to playing, get to know each other and prepare for the sexy party games that are about to start.

If you are ready to have some fun, this kinky game is just what you are looking for. For the most part, it follows the general rules of Twister. Unlike normal Twister, you are not going to get a Twister mat. Instead, you will be putting your hands on a person instead.

To play this game, you need colored paper circles, a Twister set and tape. One person in the group will have to volunteer to be the mat. Then, you (after asking the other person if they are okay with it) put the colored circles on different body parts. Afterward, you are ready to play. A player spins the dial to get a color. Then, they have to put their hand or foot on the right color circle on the other person’s body. Winners are determined like in normal Twister.

This is a game that is fairly similar to the last one. If you need to get the party going and everyone warmed up, it is a great way to start. Best of all, you do not have to have any materials to play this game.

To get started, make all of the players form a circle. Each player has to face toward the inside of the circle and be fairly close to eat other. Next, all of the players reach their hands toward the middle of the circle until their hands actually touch. Afterward, the host (you) asks everyone to close their eyes and hold someone else’s hand. When everyone opens their eyes, they have to untangle the knot while they are holding hands. If someone stops holding hands, restart the game at zero. Eventually, you will all return to being in a circle again.

Strip poker may have been the naughty house party game two decades ago, but it is so passe. It moves too slowly and does not involve enough drinking or physical movement. If you want to have an updated version of strip poker, try playing strip pong.

Strip pong is played like your standard beer pong game. Instead of being required to drink when the opponent scores a shot, you have to take off an item of clothing. If you want to make this a little more fun, mark each cup with the item of clothing that has to be removed when the other team hits it. Smaller cups can be reserved for more intimate clothing items like your underwear. If you want to make this game even more enjoyable, keep the original drinking rule. That way, players have to drink and remove an item of clothing when the other team scores. All you need to play this game is a marker, beer cups and ping pong balls.

This game is all about self-control and stick-to-it-ness. Your entire goal is to keep yourself from smiling or laughing in any way. If you do laugh, then you have to be punished.

You need some tricks and gags that will make people want to laugh like amusing videos, funny pictures or comedian videos. You also need to have a hat full of punishments like kissing another player, removing their shirt or touching someone else in a certain place. Depending on how close your friend group is, you can make these punishments as naughty as you want. The last player to laugh or smile wins, but players keep playing until everyone is out. If you have a giggly friend in the group, they could end up going through every punishment before the last player is removed from the game.

If everyone has already had enough moving around with Twister and other games, then you can sit everyone down for a rousing game of Truth or Drink. In this game, you sit around the table with everyone else. Each player takes turns asking someone else a question. The other player must tell the truth. If they do not want to tell the truth, then they have to take a shot of alcohol.

In this game, everyone gets a stick of raw spaghetti. Players are given partners by drawing lots or names out of a hat. Depending on the group of friends, you can make sure everyone gets a male-female partnership or leave it up to chance. Next, the players are given a dance video that they have to watch. As they watch, they have to copy the dance steps while holding the raw stick of spaghetti in their mouth. If the spaghetti breaks, then they have to kiss their partner.

This game is played girls versus boys ion the dark. You have to find some small objects that people can search for and a timer. You also have to write out everyone’s names to put in a hat to draw lots. Once you have done this, each team member is given an item that they have to find. The opposing team members hide that item on their person somewhere. Once the lights are turned off and the timer is set, the opposing team members approach their specific partner on the other team and search in the dark for that item (you can also just do this blindfolded). Whoever finds their item in the shortest amount of time wins.

For this game, get a few penis-shaped balloons and bananas. Your party guests are divided into pairs to play this game. Each pair gets a banana and a balloon. While one person holds the banana, the other is supposed to put the condom on using their mouth. The first team that can get the condom on completely wins the game.

If Strip Pong was not the right option for you, you can always try Strip Jenga. All you need is a Jenga set. Like normal Jenga, your goal is to remove a wooden tile without knocking over the stack. The next player removes another tile and you alternate until someone knocks over the Jenga stack. In Strip Jenga, you play like normal. In this version, you use colored Jenga tiles and each player is assigned a color. You can only pull out one of the tiles that is your color. If you knock over the pile, you have to strip and remove one item of clothing. Afterward, you play the game until someone else knocks the tower over.

If everyone is starting to get a little tipsy at the party, you need to start a game that has few rules and is fairly easy to play. At this point, the naughty cucumber pass is an excellent option. All you need to do is make everyone draw names out of a hat to find a partner in the room. Afterward, the partners are each given a cucumber. Draw lots to see which partners will go first. Then, set your timer for a minute. Once the timer starts, one player puts the cucumber between their knees. They then have to pass that cucumber to their partner without using their hands or dropping it. If they drop it, they are out of the game and have to take a drink (or strip off an item of clothing) as punishment. Write down the times for all of the players who pass the cucumber successfully so that you can determine the winner.

There is also a modified version of the game that is less naughty. If you want something a bit more toned down, try the cucumber pass, but use an orange. Instead of having the orange between your knees, have it held in the crook of your neck and chest. Then, keep it firmly held between your chin and chest as you pass it to your partner’s chin and chest without dropping it.