What Does It Mean When A Guy Touches Your Thigh? 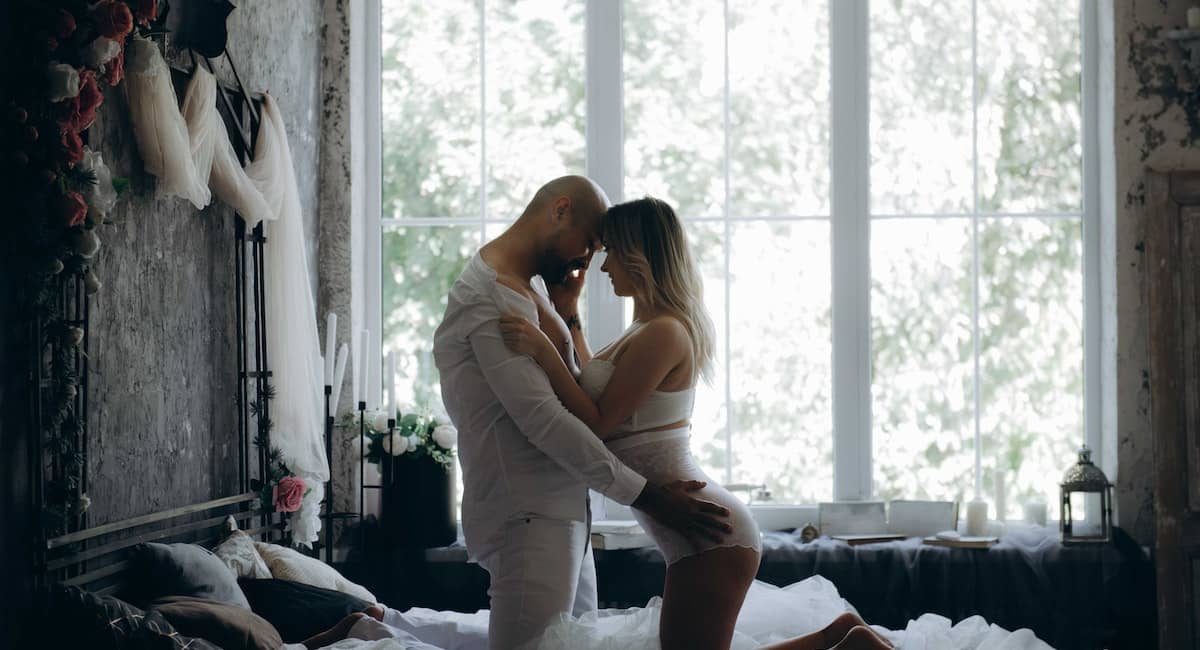 Men have a hidden language that women know nothing about. There are top secret bro code files about it that women are never allowed to see. I’m kidding. Men are actually quite simple. Women just don’t know how to read their simplistic gestures.

Luckily for women everywhere, men will give you all of the answers if you just ask. Since I know that you don’t want to walk around asking guys personal questions and embarrassing yourself with their answers, I’ve done it for you.

When you and a guy have been hanging out for a while, even if you are just friends, one simple gesture can leave you reeling. A lot of ladies have been felt wondering, what did that touch mean? Has our relationship just changed? Is he trying to tell me something? Well, wonder no more ladies!

One of those potentially problematic moves is when a guy puts his hand on your thigh out of the blue. Girls everywhere have had that shot of adrenaline caused by the complete loss of a clue. Instead of contemplating all of the different meanings that could be behind the gesture, I have compiled a list of possible reasons for the behavior provided by guys themselves. That’s right. Who could possibly give you better answers about guys’ behavior than guys themselves?

If you’ve recently undergone such a circumstance and felt confused about the meaning behind it, then look no further! Here is a list of possibilities to consider:

1. He is seeking validation that you want him to touch you

This is normally reserved for those who have been talking for a little while and he is wondering if you want to be together or not. Snuggling into him after the touch tells him that you do want that and encourages him to be closer to you. If you don’t want it, this is the moment for you to draw a very hard line and be sure to spell it out for him just in case he doesn’t get it.

2. He is wanting to become more than friends and is trying to get that across to you

3. He is interested in having a sexual relationship with you and is trying to get there

The thighs are a very intimate part of the body in comparison to the arms, hands, back, or lower legs. Consider it as his safest bet for making an intimate pass at you without being charged with sexual assault. This is not a long-lasting relationship type of touch. It is more of a right now, “let’s leave right now together” kind of touch. Do not mistake the two.

4. He is testing your limits

This is a very sexually charged area for him because it is as close as he can get to your private parts without actually touching them. He is literally feeling his way along to see how far he can get before you slap his hand away like a two-year-old reaching for the cookie jar. Again, if you are not interested, draw a hard line here because you have to. If you are interested, you may still want to impose temporary limits for him and let him know that it’s not okay to continue seeing what he can get away with.

5. He lightly brushed your thigh as an accident

Try not to laugh here ladies but men claim that this actually happens occasionally. I’m pretty sure you would know if this were the case though as it would be a very light and very short-lived touch. Also, the possibilities of this happening are so slim, they are practically impossible. Unless he immediately apologizes and looks a little embarrassed, an accident is probably not the cause of his touch. The important thing to remember as you sit and wrack your brain for a list of possible motives is that you already know the reason behind the touch. You just need to shut up your brain and think about it for a half a second to understand your feelings and you will have your answer. Before you jump right into hysterics or hopeful dreams, take a second and analyse whether the reasons behind the gesture make you happy or upset. If you know that his motivations were purely sexual, but you have a serious crush on him and want a relationship, then you need to consider whether your ambitions line up and if you are satisfied with that crossing point.