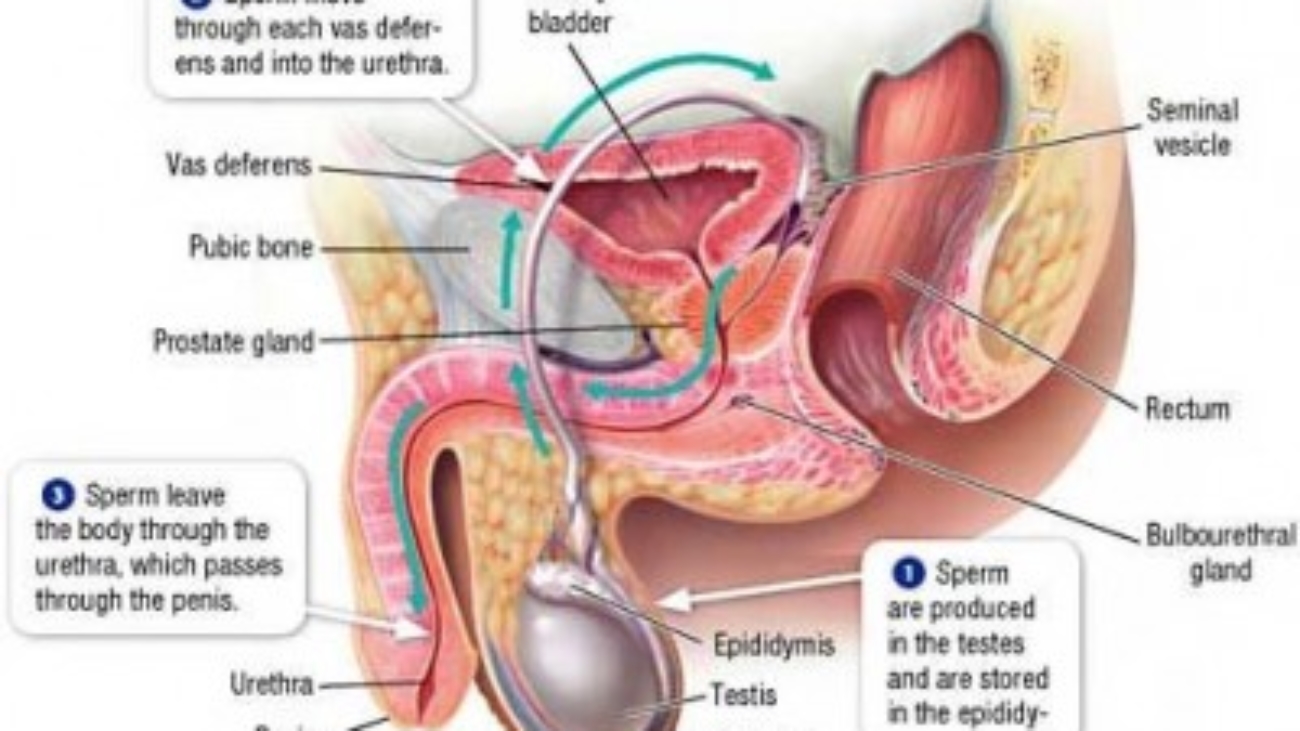 Semen is released by the penis during sexual stimulation. While it may seem odd at first, it is actually quite normal for seminal fluid to have tiny clots immediately after ejaculation. These tiny clots are what make semen have a sticky consistency. Normally, semen will look like a blend of clear liquid and a white, pearl-colored liquid. The milkier color in semen is because of the sperm cells that are present.

Sometimes, your ejaculation will change in consistency or color. If this is a frequent problem, you should go to the doctor and be checked out. While some changes in consistency and color are normal, they could also be a sign of an infection or a disease that may need treatment. The best way to find out for sure is to go to your doctor and seek medical care.

What Does It Mean If You Have Watery, Clear Semen?

Since the viscous aspect of semen is generally made of sperm cells, watery semen could indicate that there is a lower sperm count. This is only an issue if you are trying to conceive a baby. Fortunately, it only takes one sperm to fertilize an egg, so this does not necessarily mean that your chances of conceiving are that much lower.

The Reasons Why You May Have Clear Semen

Often, teenage men will have clear semen until they are sexually mature. As these teenagers age, it is normal for their semen to take on a more white color or tone. If you are already an adult male and your semen has become clear, there are several reasons why this may happen.

Medically known as oligospermia, this condition can be caused by a number of things. Protein deficiency or zinc deficiency can reduce your sperm count. You are suffering from oligospermia if your sperm count is lower than 15 million sperm per milliliter of semen. Start by eating a balanced diet. Make sure that you get enough protein from foods like fish, dairy, chicken and red meat.

This type of medical condition can harm your fertility level. While there are not many treatment options for it, your doctor may prescribe imipraminine or pseudoephedrine. If you have this condition, you will release little to no semen during ejaculation. Basically, the sperm does not leave your urethra the way it is supposed to. Instead, it is released into the bladder, and your urine later appears cloudy. It is important to go to your doctor get diagnosed and treated.

If you are infertile, it can cause your semen to look clear. Infertility could be due to a medical condition, hormonal deficiencies, smoking, age, illness or alcohol consumption. Primarily fertility is if you have never been able to conceive a child. Secondary fertility means that you have previously conceived before, but cannot conceive again.

How to Boost Your Semen Production

There are several ways that you can increase the amount of sperm in your semen and the volume of your ejaculations. Start by exercising more frequently and avoiding any type of alcohol. Do not use drugs of any type unless they are provided by a doctor. You should have a balanced diet with vitamin E, folic acid, vitamin C and zinc. You should also avoid wearing tight-fitting underwear because this can increase the temperature of your scrotum and decrease semen production.

Researchers have found that smoking can impact sperm quality by changing the DNA in sperm that are produced. In addition, smoking can reduce protein levels in the body, so you have to quit smoking if you want to improve your sperm quality. Alcohol will also reduce your sperm quantity and quality. Likewise, you should avoid drinking if you are trying to conceive because it can impact the DNA and health of your future child.

Focus on Having a Healthy Weight, a Balanced Diet and Exercise

Men who have a high body mass index (BMI) are more likely to have a low sperm count, abnormal sperm and clear semen. Obesity is also linked to a higher level of DNA damage in sperm and lower fertility levels. As a result, you should focus on having a healthy BMI and a normal body weight. This can be done through a balanced diet and exercise. Lower stress levels can also help if you are trying to conceive. Stress can impact your hormonal levels and sexual function, This can lead to a drop in sperm production and clear semen.