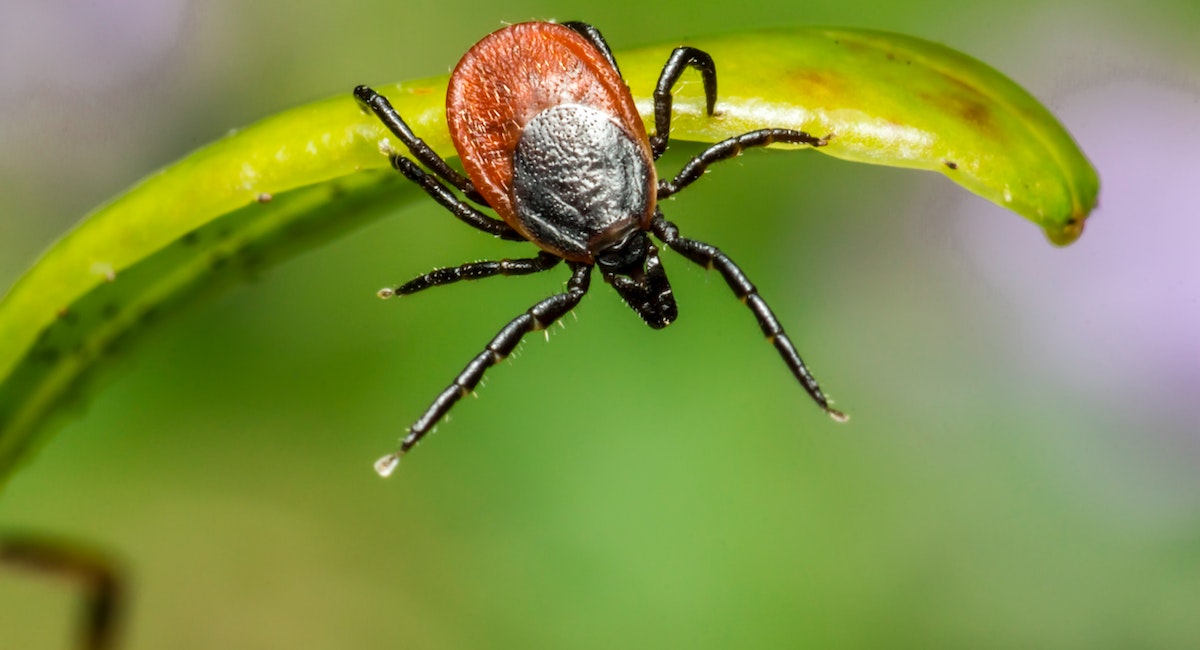 Lyme disease, or Lyme borreliosis, is an emerging infectious disease world-wide. In Australia, Lyme disease is a controversial subject. Does Lyme disease exist in Australia? Here are the facts.

What is Lyme Disease?

The causative agent of Lyme disease is the bacterium Borrelia burgdorferi sensu lato. B. burgdorferi infects animals such as deer, rodents and birds. Hard-bodied ticks of the Ixodes genus feed on the infected animals. If a tick then bites a human, the B. burgdorferi bacteria may transfer to the human host, causing Lyme disease. Symptoms of Lyme disease include a circular red rash, fever, arthritic joint pain, and cognitive dysfunction.

Common vectors for Lyme disease include the deer tick in North America, and the sheep tick in Europe. Although Lyme disease is currently prevalent in most parts of the world, debate continues as to whether or not it exists in Australia.

Lyme disease is easily misdiagnosed. Known as the “great mimic”, Lyme disease causes symptoms resembling those of influenza, fibromyalgia, lupus, multiple sclerosis, chronic arthritis or other health conditions. Conversely, other infectious tick-borne diseases in Australia and throughout the world can manifest symptoms similar to those of Lyme disease, but serology testing for Lyme disease will return a negative result.

Research into the incidence of Lyme disease in Australia is limited, due to the lack of confirmed cases of the disease. Awareness of Lyme disease continues to grow, leading some to believe that Lyme disease could be the cause of previously unexplained medical symptoms.

According to the Department of Medical Entomology at Sydney University, an outbreak of suspected Lyme disease occurred in the Hunter Valley region of New South Wales in 1982. Six people manifested symptoms similar to those of Lyme disease. Serology testing indicated the possible presence of B. burgdorferi antibodies in the blood. Later tests failed to confirm this diagnosis.

In 1986, reports of erythema migrans, a circular red rash characteristic of the disease, came from the south and central coasts of New South Wales. Patients also reported fever. None of these cases tested positive for Lyme disease.

From 1986 to 1989, in Queensland, the State Health Laboratories tested 1,247 patients for B. burgdorferi antibodies using indirect fluorescent antibody technique (IFAT). Fifteen percent of patients (186 people) tested positive. By itself, IFAT is not a reliable procedure. Due to non-standardized testing guidelines, and cross-contamination by other bacteria, false positives are common. Medical personnel did no further testing to confirm a Lyme disease diagnosis.

In June 1994, Dr. Bernie J. Hudson, Michelle Wills and four other doctors and researchers at the Tick-Borne Diseases Unit of Royal North Shore Hospital in New South Wales published a report stating “we postulate that an indigenous form of LB [Lyme borreliosis] occurs in Australia, possibly caused by spirochetes more closely related to B. garinii and B. afzelli than B. burgdorferi.” The report went on to state that “efforts to isolate Borrellia (B.) burgdorferii from candidate tick vectors have so far proved inconclusive.” The report also states that “one of us (BJH) [sic] regularly sees clinical cases of LB acquired in Australia.”

In 2003, Rosemary Trudeau, one of Dr. Hudson’s patients, wrote a public account of her illness. She believes she has Lyme disease, and that she acquired the disease from her husband through sexual transmission. She believes that her husband contracted Lyme disease while traveling to tick-infested areas of Australia. Researchers have hypothesized that Lyme disease may be sexually transmitted, but the findings remain inconclusive. Read Rosemary Trudeau’s first-person account HERE.

In 2007 (repub 2009), Dr. Bernie Hudson authored an overview of ticks and tick-borne diseases in Australia. Dr. Hudson states that “despite clinical case reports, it is still controversial as to whether Lyme disease can be contracted in Australia. Some doctors and health authorities believe it does [sic], while others are adamant that it does not [sic]. Until the controversy is resolved, our advice is that patients with possible Lyme Disease should be treated with an appropriate course of antibiotics.”

According to Lab Tests Online AU, a public resource on clinical lab testing, there have been no confirmed local cases of Lyme disease in Australia. Lyme disease has, however, appeared in people who traveled to high-risk regions abroad.

The New South Wales Department of Health states that “the bacteria known to cause [Lyme] disease in other parts of the world have not been found in Australia.” The Department of Health goes on to state that “exposure to Ixodes holocyclus may be associated with symptoms resembling those of Lyme disease.”

To date, researchers have found no evidence of Borrelia burgdorferi in Australian ticks. Some researchers speculate that the paralysis tick may carry a bacterial strain similar to B. burgdorferi.

According to the Departments of Health, there is no conclusive evidence that Lyme disease exists in Australia. It is possible that this may change. Lyme disease is a growing concern throughout the world, and many pests and diseases have been introduced to Australia through bird migration and other outside sources.