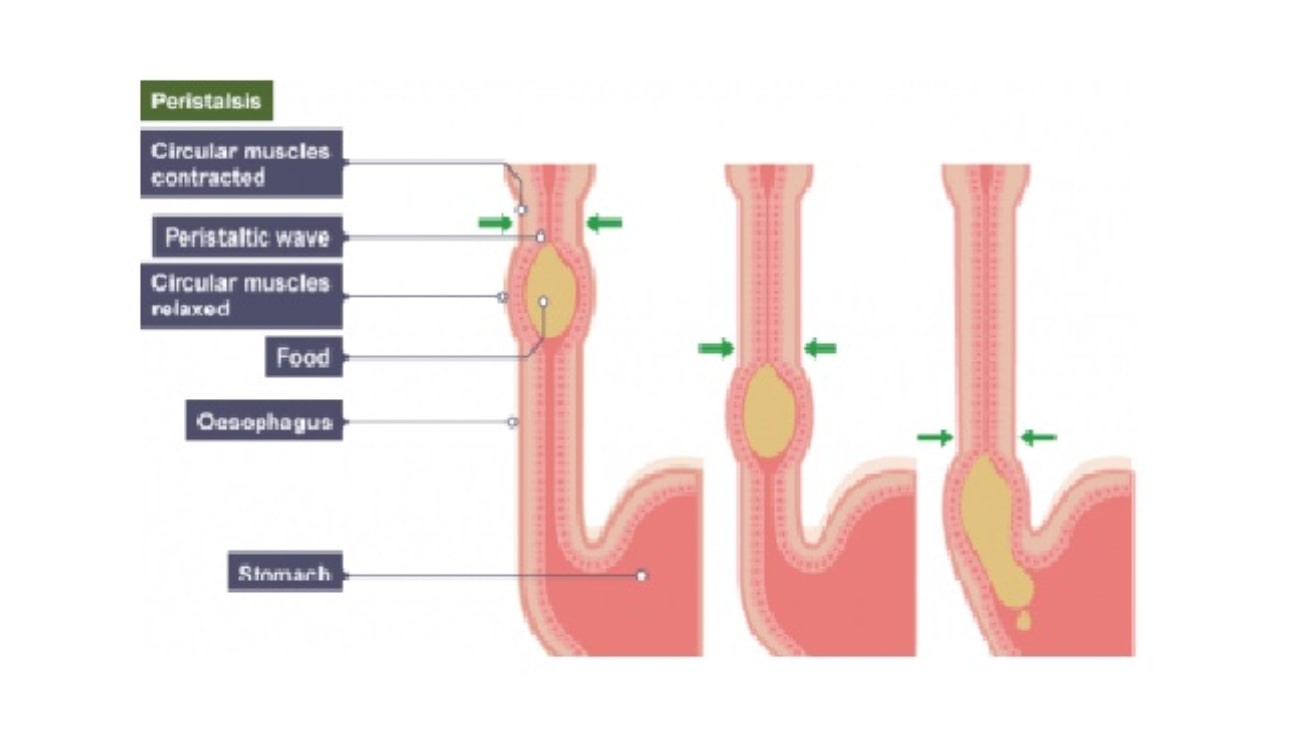 In short, peristalsis is a natural body reaction that enables food and other materials to move throughout the various organs and components of your body. Although primarily found throughout the digestive system, peristalsis does happen in other areas. It is within the gut that you will find them more often, and these are the ones you can often feel on the outside of your body too. The contractions are wave-like, consisting of two movements. The first one runs along the system, the intestines, for example, and the other one circles around it. This action working together is what helps moves the waste material and food around your body, getting to all the places it is needed.

Peristalsis is also what moves the bile from the gallbladder into your duodenum.

When you eat an apple, your teeth crunch the food down and your tongue and saliva helps to not only break it down further, but also to push it to the back of your throat, where muscles take the food down into your oesophagus and digestive system. When it reaches your stomach, the acid gets to work to break it all down, but that’s not the end of the journey. It now needs to make its way to the intestines, and it is peristalsis – that contracting movement – that ensures this happens. The stomach forces the food out into the intestines, first the small intestines, and then the large. The small intestines is where the majority of your food and fluids are digested. Gas is removed at this stage, and the small intestines will often provide more frequent and smaller peristalsis motions.

When the food and fluids get to your large intestines, only a few peristalsis “pushes” are required to force the waste matter, as your food and fluids is now known as, to be removed from the body in the form of feces.