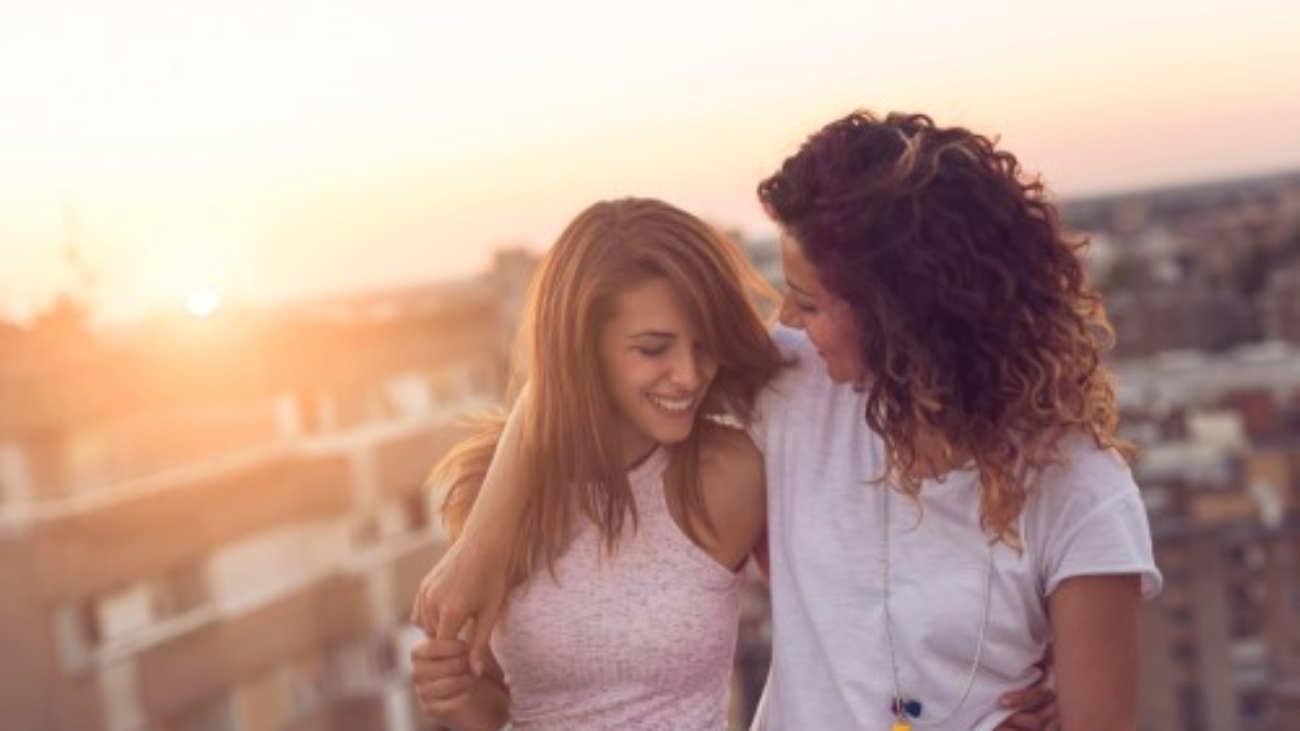 There are no gender roles

In heterosexual relationships, because there’s both a man and woman, there are some gender roles which are implemented subconsciously. For example, if a woman has a baby, she stays home while the man is working. However, in lesbian relationships, there are no gender definitions. Many people assume that one of the women has to be the “butch” one while the other one is “femme” but that’s not necessarily true. Once in a lesbian relationship, you’re not automatically assigned roles.

End one relationship if you want to start another

There’s this stereotype in the LGBTQ community in which people in the community tend to date multiple people at the same time and never commit. Listen, in any group, whether people are straight or gay, there are going to be people who have multiple partners and aren’t willing to commit. But, if you want to have a healthy relationship, you need to be single, but actually single before going into another relationship.

Take care of yourself

When you get into a relationship, it’s easy to slack off. You stop or start doing things which make you happy in order to make the other person happy but that’s not how a relationship works. But at the end of the day, you are your best self when you’re taking care of yourself. No matter what you still need to be the first priority in your life. Do things that make you happy, eat properly, and have your own alone time.

Sex toys or no sex toys

This is something you’re going to have to sit down and talk about with your partner. Some women love sex toys while others don’t. However, not every relationship needs to have sex toys in order to have sex. If a lesbian is using one this doesn’t mean she’s missing a penis. Women are able to arouse themselves in many different ways and sex toys is just one of those ways. So, sit down with your partner and see where you both stand on this.

Everyone wants to get straight down to business but that doesn’t mean you have to. If you truly want to get to know someone, you need to take your time and actually get to know them. Yes, sex is one way to learn more about them, however, rushing never helped anyone in the lesbian world. If you want to be with this person, don’t rush straight into the bedroom.

If you want this relationship to work, you’re going to need to listen. Women, regardless of their sexual orientation, have a lot to say. They like explaining things, talking about their feelings which means you need to have a good ear. Whatever she’s saying to you, she’s saying for a reason. This also goes the other way as well. You need to be able to freely talk about your feelings and thoughts with her being able to listen to you as well.

In lesbian relationships, any form of cheating whether it’s online or with another girl or guy is considered cheating. There aren’t any special rules when it comes to cheating. This is an important and crucial rule for a lesbian relationship as many people assume that they can cheat and it’ll be okay. So, yes, if she cheats on you with a guy, that’s cheating. If you’re both looking for an open relationship, then that’s different and something you need to sit down and talk about.

No need to have sex daily

You probably thought that sex was a daily requirement for lesbians – this is a common stereotype. However, like all relationships, sex isn’t usually on the daily menu. Once couples pass their honeymoon phase, the amount they sex have decreases with time. Since, in lesbian relationships, there are two women the odds are they won’t be having sex on a daily basis. Women have periods and sometimes they can go for weeks without having sex.

It takes time to grow the relationship

Many people assume that because lesbians are dating, they’re automatically in love with each other and want to settle down as soon as possible. However, in order to get to the place in a relationship, there needs time to nurture the love and emotions. For some women, it takes longer to trust their partner than others. This isn’t any different than heterosexual relationship because we’re all people who have our own baggage.

Establish your own traditions

In your relationship, you should have rituals that only you two do together. For example, every Friday night you can have a popcorn night where you both get to pick the movie. Or on Sunday mornings have breakfast in bed. These rituals are small, however, they give you time together that you may not have otherwise. Develop these rituals in your relationship and stick to them.

There are two women in the relationship which means that sometimes a fight can be brutal. But, when it comes to fights you need to fight fairly. If you feel that you’re going to say something extremely hurtful, don’t say it. Take some time to be on your own, calm down, and then go back and talk to her about the fight.