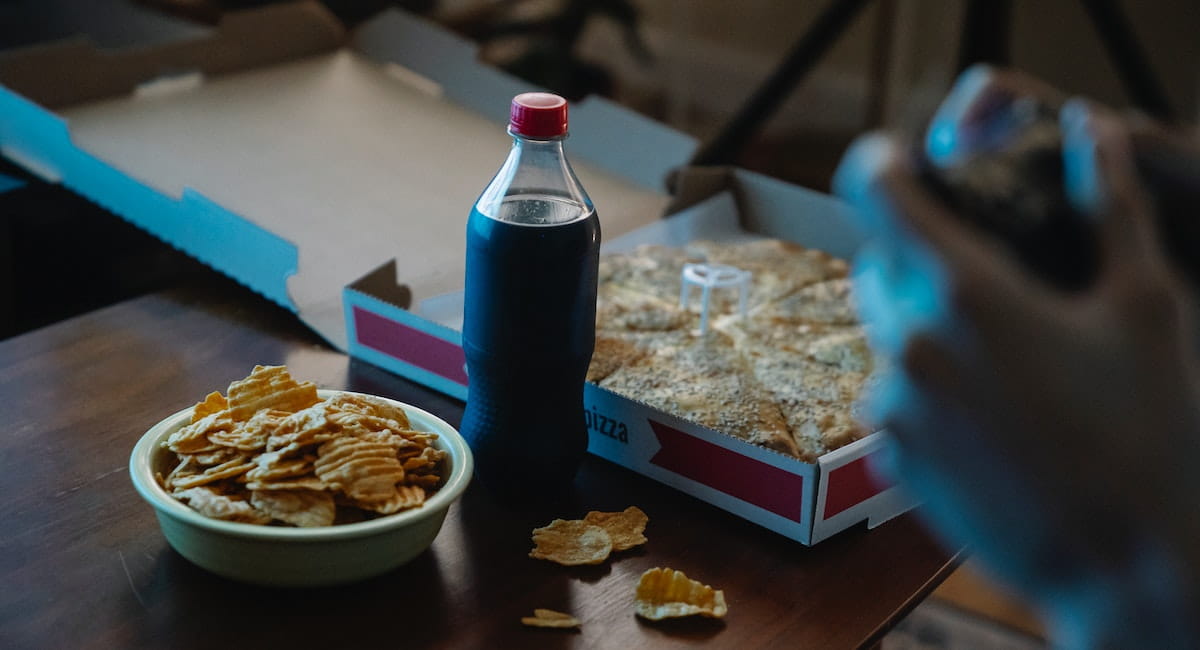 Aren't you curious to see what foods are the most unhealthily. We will show you the top five unhealthy foods that are ever known to mankind.

Though there are many foods that are considered unhealthy, these are some that should be avoided at all times.

Believe or not, the average can of soda has over 40 grams of sugar, at least 100 calories, and 30-55 milligrams of caffeine. Also, more sodas are being drunk than ever before due to the tastiness. Those soda drinkers have increased risk of heart palpitations, diabetes, cardiovascular decline, and obesity. For some adults, 1 can of soda isn't enough to satisfy them, so they have much more. An adult drinks about 4-5 cans of soda daily and children drink about 1 can a day. Some soda company brands have even included diet sodas which have lower or no sugar in them. However, these sodas have artificial sweeteners which are none to increase chances of health risks including cancer.

This group of food includes potato chips, French fries, onion rings, and any other deep-fried potato foods. This group of food has the chemical acrylamide, a substance known to the FDA (Food and Drug Administration) to severely increase chances of cancer. Over two-thousand cases of cancer are caused by this chemical each year. These foods also contain loads of saturated fat and Tran's fat which increase the chances of obesity, stroke, cancer, and death.

Though they are scrumptious, these foods are extremely unhealthy. In this common American snack, it contains refined sugar and flour, and hydrogenated oil which contains Trans fats.

Processed meats such as these (Pepperoni, Hot Dogs, Sausages, and Bacon) contain sodium nitrate, another cancer causing substance. According to a study at a University at Hawaii, 200,000 people in a course of 7 years who ate hot dogs and other processed meats got a 67 % increased risk of pancreatic cancer than those who didn't eat any meat products or a minuscule amount.

The canned soups are also processed foods. These soups are found abundantly in your local grocery store. Here we're talking about soups such as Campbell soups have over half a day's worth of sodium. They barely have any vitamins and have artificial preservatives such as MSG (Monosodium Glutamate). However, there are some healthy options such as organic that don't have MSG and less sodium. The instant noodles are also a bad choice if you want you want to live healthy. They also have trans fat and tons of sodium. Some brands are such as Marachun and Maggie. They don't have any vitamins.