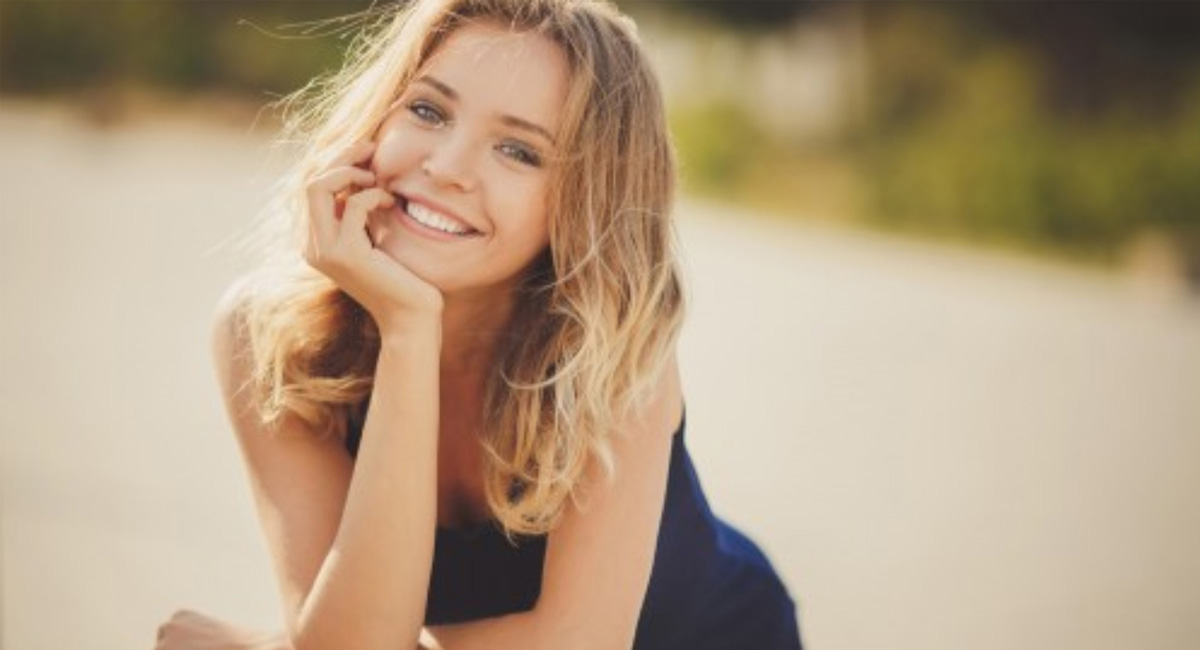 You see a woman from across the room, she’s stunning. You’re thinking that you have to approach her, that you can’t her slip away. Well, good! How else will you know that she’s into you if you don’t approach her? Wait, wait – did you forget about body language? That’s right fellas, it’s actually very easy to see if a woman is sexually attracted to you, without even having to approach her. Though, I recommend you do try to approach her and don’t rely solely on body language. But before I even get into the signs, you need to know what sexual attraction actually is.

Sexual attraction is when someone is aroused by another person. This attraction can be caused by scent, by their appearance, the way they look at you – it can actually be anything. Because we’re all different, we’re all aroused by different stimuli. I’m not talking about personalities right now, though someone can be turned on by the way you speak or laugh. However, when you see a woman from across the room, you don’t know what kind of person she is. What’s turning you on and making you want to take her home is the physical attraction.

So, we all know that you’re sexually attracted to her, but what about her? How do you know if she’s attracted to you sexually? Here are the signs, so pay attention.

She gives you the stare down

Now, some women are not going to hold eye contact with you until it breaks, some may glance at you, however, they’ll be doing it a thousand times. When a woman keeps looking you at, she’s curious about you. People look at things or others that they find interesting or attractive. Unless you’re vomiting in the punch bowl, she’s most likely staring at you because she finds you alluring. If she wasn’t interested in you, she wouldn’t even bother looking at you, in fact, she’ll avoid you at all costs.

So, if she looks at you and hold contact or gives you a little smile, that’s a good sign you need to approach her.

She carries the conversation

If you approach her and she completely ignores you, well, maybe you misread her body language. If she’s sexually attracted to you, she’ll have no problem keeping the conversation going. In fact, she’ll ask you questions just to keep you sticking around. Now, she may not heavily flirt with you, maybe she’s shy or that isn’t her strongest quality, however, if she’s keeping the conversation going and trying to find out more about you, it’s a good sign.

She glows when you’re around her

She’s laughing, her eyes are bright – it’s like you sparked something in her. Women who aren’t attracted to you will be extremely flat and disinterested. However, if she’s into you, she’ll want to show her best self, therefore, she’ll be bubbly, enthusiastic and relaxed.

Well, if she’s all over you, need I say more? However, many women will not be as forward with body contact. But, if she touches your arm when you make a joke or jokingly tap you on the shoulder or thigh, these are great signs. No one wants to touch someone they don’t find sexually attractive. Why? Because not only does it give the wrong message but it’s also not in your subconscious to want to be sexual with this person. So, automatically, you keep your distance.

She’s all about her hair

I know this may sound odd, but many women love to play with their hair in front of someone they’re sexually attracted to. Now, she’s not going to be constantly throwing her hair from side to side, but she’ll move her hair away from her neck to expose it. Or, she may grab a strand of hair and twirl it around her fingers. Usually, women do this gestures subconsciously around men that they’re interested.

She bites or licks her lip

Unless she’s suffering from a bad case of chapped lips, then this is a great sign. If she’s speaking to you and bites or licks her lips, she’s into you. When a woman bites her lips in front of you, it’s a very obvious and strong sign of sexual arousal. Though, this isn’t as common as many of you men would like it to be. So, you’ll have to pay attention. If she doesn’t bite her lip, this doesn’t mean you’re out of luck. Look for other signs.

When you come around, she’s suddenly more conscious of what she looks like. This is because she wants to look attractive for you. This also shows you that she’s slightly nervous around you. Though, here’s the thing, she may also be doing this so that she draws your eyes to the areas that she’s fixing. So, you have two options. If she’s fixing her shirt, she could be just making sure everything’s in the right place or that she wants you to look at her breasts. This is called “preening”. So, if she’s preening, it’s a great sign.

She’s all about the laughs and smiles

You should ditch your day job and become a comedian because right now, to her, you’re the funniest man on earth. Now, whether you’re actually funny or not is irrelevant, the point is, she finds you funny. When women are attracted to men, they are always smiling and laughing. Why? Because they’re happy to be around someone that they find attractive. Laughing and smiling are actually signs of bonding, so, if she’s enjoying your company, you two are most likely building sexual chemistry.

Though, if she’s not even flinching, no smile, not even a giggle – she’s probably not into you. Take it as a good hint and go approach someone else.

Her body points to you

Our bodies tell us what we want. I know you may be thinking that its impossible and crazy but it’s true. When we want something we physical move towards it, we face it. If her body is pointing in the other direction, she’s not leaning into you when you speak, well, she’s not into you. If someone is into you, they’d face you, they’d lean into you when you spoke, they’d sit close to you. Their goal is to show you that they want you and to build sexual chemistry. See, while you’re focusing on her face, what you should be doing is focusing on the rest of her body. What is it telling you? If she’s a couple feet away from you and keeping her distance, that’s not a good sign at all.

Now, if she says, “I want you to take me home now,” that’s very easy to figure out and I recommend you listen to what she wants. But some women are not going to be as forward. Instead, they may low-key sexual comments that they’ll want you to pick up on. She may make a comment on how she loves back massages or walking around her house naked. If she makes these comments, roll with it and see if she’s responding in a sexual way. Maybe she’s just being straight up and telling you that she likes being naked, however, doesn’t want anything with you. Or maybe, it’s a hint for you. So, test it out.

Wherever you go in the bar or club, she’s magically close by. Maybe she’s following her group of friends around or maybe she’s trying to position herself for you to notice and approach her. We, women, aren’t stupid. We want you to see us and if we really want this, we’ll make it happen. So, if you notice her always around you throughout the night, mixed with occasional glances, well, she’s probably into you.

You can actually feel the energy someone gives off when they want you. You’ll feel this electrical surge go throughout your body when you and her look. It’s as though her sexual energy just went right into you. Now, if she’s looking at you, smiling and you feel like this – you need to respond. Approach her and start a conversation. See if what you felt is real or not.

You both cannot say goodbye

The end of the night has come and all your friends are leaving. They’re asking you if you’re coming and you both are standing there, staring at each other. If you both cannot separate, obviously, you have a connection. You don’t want to leave her and it doesn’t look like she wants to go home either. Your hugs are tight and long-lasting, you’re regretting letting her go.

If she’s sexually attracted to you, you’ll know by these signs. If she’s not giving you any of these signs, well, then quit while you’re ahead and meet someone else. She’s not the only woman walking this earth. But if you feel a sexual connection, approach her and see how it goes.

The Beautiful Woman in The Mirror