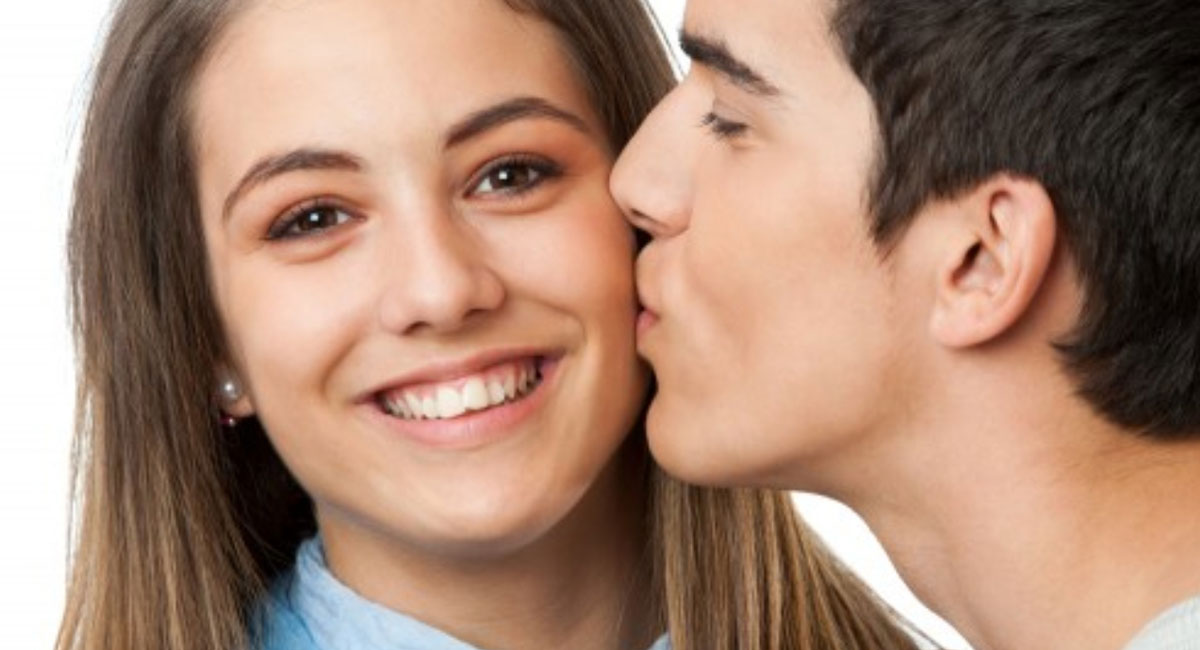 He’s progressed from something to giving you a little peck on the cheek. Is that really any step up?

Let’s figure it out together. Here are a few things to consider.

Where is he from?

More importantly, is he from a culture, group, or region where giving kisses on the cheek is a type of greeting? This may seem odd to you, but plenty of people practice cheek kissing in social, platonic ways. Think of the iconic French, kiss on each cheek greeting. This can be between a man and a woman, a woman and a woman, or a man and a man. Make sure you’re not in a mountain out of a molehill mentality.

Is he shy and/or regularly chivalrous?

Whoever said chivalry is dead was wrong. There are still plenty of gentlemen out there willing to take things slow, develop a bond, and treat you like a lady. Also, there are men who aren’t comfortable with the PDA culture we’ve accepted as normal. To them cheek kissing may be the way to show affection for a girl he’s partial to respectfully and sweetly while in public or before he’s ready to really make the move into more sensual territory. This is cute. It’s like the lead up to the big kiss, one he may be saving for the next date or a better, more private time.

Is he testing the waters?

Are you guys a new couple or in a grey area? He may not be sure if you’re ready for anything besides a kiss on the cheek, which really is a way to start normalizing close interactions. If he’s not sure where he stands with you it’s great that he’s not pushing the issue. If you’re ready for more, let him know. If not, you can surprise him with a little peck on the cheek when you’re feeling particularly charmed by him. First date cheek kisses get a thumbs up from us. It’s sweet, it’s patient, and it’s saying he’s not going anywhere so he can take the time to get to know you.

Is he just a regularly physical person?

We all have different levels of comfort when it comes to touching and being touched. Some of us have a wide circle of personal space and expect everyone around us to acknowledge our right to not have it invaded. Other people stand close to greet, sit knee to knee to talk, and kiss casually without it feeling like much of a big deal. While regular touching can seem romantic, it doesn’t have to be. Figure out if it’s just a facet of his personality and if it jives with yours. If not, tell him. It’s better to have clear boundaries than live forever not knowing what his motives are.

This whole thing brought to mind the quote from Veronica Rossi’s book Under The Never Sky, “Perry brushed a kiss on her cheek while she was chewing, and she learned that it was the loveliest thing to be kissed for no reason, even while chewing food. It brightened the woods, and the never sky, and everything.”

The Beautiful Woman in The Mirror