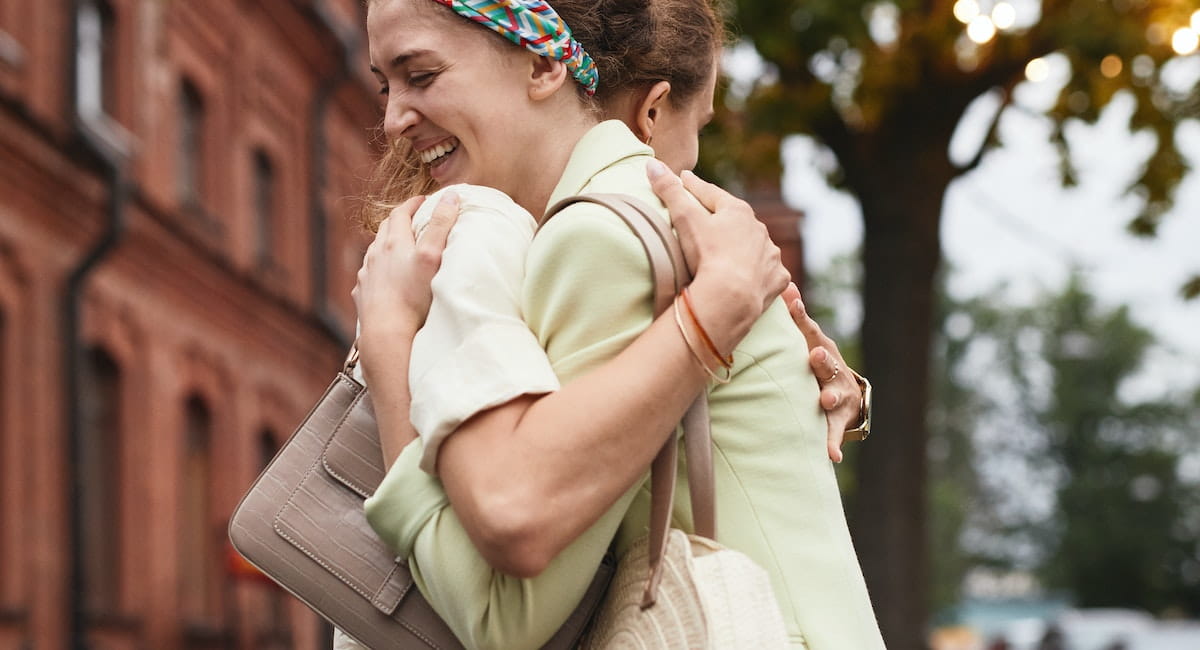 Hugs, has many meanings and effects. We will talk about the benefits of hugs on a physical, mental and spiritual level.

What are the benefits of hugs, and why should you start hugging more often? Hugging seems to be a universal way to comfort, and the science behind hugs has already found plenty of evidence that explains why your body needs a hug every day and why it’s good for your health. Don’t believe us? Check below or science-backed facts about hugs and start spreading some love right away.

Scientists have discovered that supporting people in pain through physical contact – namely, hugs – can reduce their stress.

One study found that several parts of the brain (like the maternal behavior in women) showed more activity after hugging their partners. This basically implies that the psychology of hugs largely depends on making people feel protected and safe under somebody else’s physical care.

Fact 2: Hugs Are Good for Health

Related to the previous fact, one of the major benefits of hugs is that they reduce your chances of getting sick. This is because hugs build trust and support, and people with a strong support system can resist more illnesses. And even if they did get sick, they would recover faster thanks to the physical importance of hugs.

Fact 3: Hugs Are Good for the Heart

Did you know that hugging does wonders to your heart? Now you know!

Several studies have found that hugs can reduce blood pressure and heart rate, which makes it one of the major reasons why your body needs a hug every day!

If you don’t know how to make people feel better, just hug them! The science behind hugs have discovered that closeness of any kind release’s oxytocin (also called the “cuddle hormone”) that reduces blood pressure and makes humans happier. Women, in particular, had the major results in the studies whenever they hugged their loved beings, such as their significant others and babies.

Did you know that a simple touch can reduce anxiety and pain? The psychology of hugs has found that touching people can raise their self-esteem and keep them from isolating themselves (they’re reminded of their mortality this way); one study even found that people with fibromyalgia who went through six therapeutic touch treatments reported an increase of their life quality. These are two of the most fascinating facts about hugs! Check out the benefits of crying.

Although humans can express their feelings both verbally and facially, a touch can transmit many own messages too!

Scientists have found that a stranger can transmit a wide array of emotions to another person by touching some specific parts of their body. Among these types of physical approach, they discovered that hugs build trust, support, friendship, love, friendships and so on among humans. Or to put it in simpler terms, hugging transmits companionship and comfort.

The Science Behind Hugs

Now that you know some major benefits of hugs, what are you waiting for? Go spread some love! They recommend us eight hugs a day for health maintenance, and twelve for growth. The psychology of hugs backs this statement, so go build a healthy body with some eight or twelve people now.