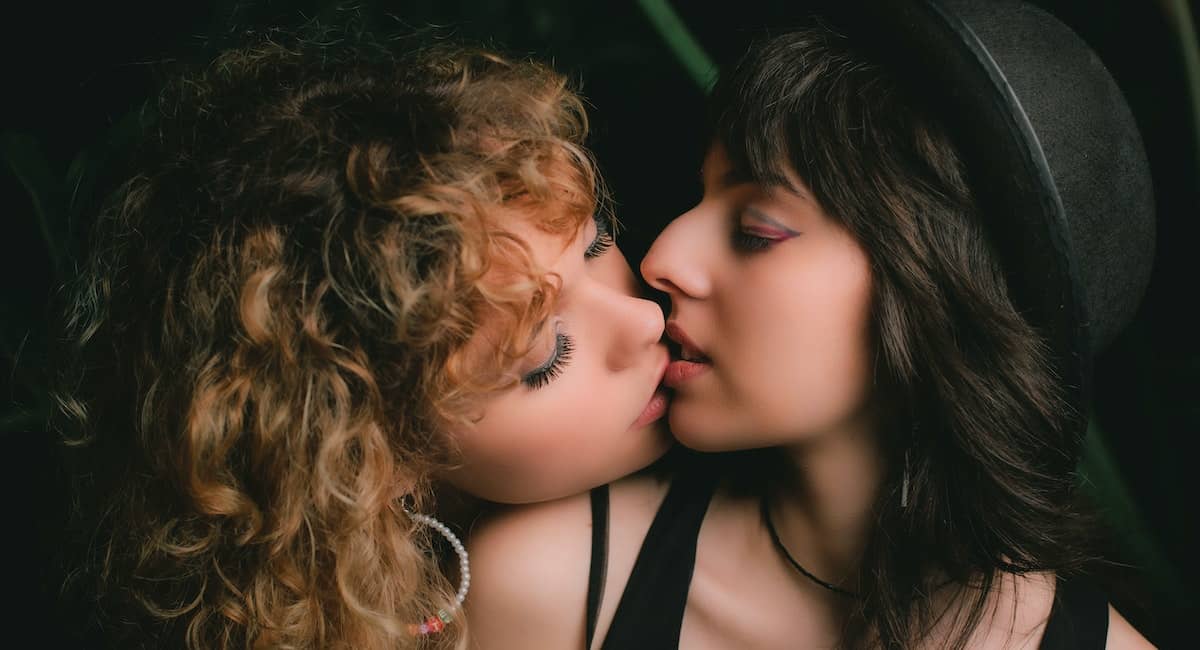 Everyone loves to flirt, especially when the person we’re talking to is a seasoned pro flirter. Flirting is crucial in building the sexual tension between two people, so, if you know how to flirt it’ll only benefit the situation. But, some people find it really hard to flirt. Not everyone is outgoing or comfortable with their sexuality, thus, when they try to flirt, nothing really happens. Which is fine, you can still meet people and develop a connection without heavy flirting. Flirting is just one way, a fun way, to get to know someone. When you’re trying to pick up a girl, flirting is a more interesting and stimulating way to do so.

Since you’re a woman, you’re already one step ahead of the game because you know what women like and don’t like. So, with these extra flirting tips, it’ll be a breeze for you. Let’s get started in showing you the lesbian flirting tips and advice you need to know to make sure you’re on top of your game.

You know what women want

This isn’t the movie What Women Want, you don’t need to be given superpowers to understand women. You are a woman, who better to understand the needs of women than someone who is one? You know that women don’t like cheesy pickup lines, they like someone confident, however, not too pushy, etc. Most of your friends may already be women, so listen to them and see what works for them and what doesn’t. Take mental notes and remember them when you approach women.

It’s all in the eyes

Listen, there are endless flirting techniques you can apply, but at the end of the day they all have one thing in common: eye contact. If you don’t give someone eye contact, they’ll have no idea what you want or you’ll come off as being creepy, two things you don’t want to happen. You can give her strong eye contact and see how she reacts. Though don’t stare her down in a possessive way, that’ll just creep her out. Before you make any move on her, initiate eye contact – then go from there.

Don’t load her up with compliments

Okay, it’s true, everyone love compliments, however, not when someone is pulling them out of a bag. Whatever you’re going to say to her, you have to be genuine about it. If you think she has beautiful eyes, tell her that. However, don’t go listing off things just to impress her. Women are very aware and intuitive when it comes to someone just trying to get into their pants. This isn’t the first time someone complimented her on her hair or lips, so, she’ll know if you’re bullshitting.

I know you’re on a mission to get her, but don’t come across as this being your only goal. You need to relax and actually, enjoy the conversation and her company. If you’re tense and very pushy to get what you want, it won’t work. If you approach her and start a conversation, be in the moment and converse with her. Don’t just push through the subject because you’re trying to relax her so you can make a move. It won’t work and you’ll end up having a crappy conversation and no result.

You can lightly touch her

But you’ll have to do this carefully. You cannot invade someone’s personal space. Instead, if you touch her arm when she makes a joke, gauge her reaction and see if she allows it. You don’t want any problems to occur. Keep your touching to a minimum and in appropriate areas of her body like her arms, for instance. If she likes it, she’ll let you touch her or she’ll touch you back.

It’s true and as a woman yourself, you know this. If you’re going to flirt with her, you don’t have to tell her about your ex, but you can have an open and honest conversation with her. If you start making up a bunch of stories, she’ll know you’re lying. You’re hitting on her, so you don’t have anything to hide.

Well… you’re probably already doing that, but I don’t mean check her out. You need to keep your eyes on her body language and pick up on any hints that she’s interested in you. She may always be readjusting her outfit, which means she’s either trying to improve her appearance for you or bring your eyes to a specific area of her body. If she isn’t laughing or smiling, this is also a pretty good hint that she’s not enjoying the conversation between you two. So, don’t just look for the positives, also keep your eyes out for negative reactions.

Regardless of sexual orientation, no woman can stand a cheesy pickup line. It doesn’t work, okay, it may, but the odds are low. Don’t use the “oh, did you fall from heaven line” or anything in that nature. You may be thinking then how do you start a conversation with her, well, keep it simple. You can use things around you to start a conversation, maybe a band is playing, so make a comment about it. Or, you can just go up to her and say hi. So many people think you need this grand introduction, but you don’t. Plus, she’ll notice that you’re different than others.

Flirting is about building sexual tension, but to do that, you have to be genuinely interested in her. Ask her questions, get to know her. How else will you know what kind of woman she is and what she likes? Don’t just assume, ask. Keep the questions open-ended so she’ll be able to expand on the answer. Yes or no questions don’t move the conversation forward.

Now, you don’t have to grab her and start making out with her right away. But you’ll want to make small moves and gauge her interest in you. You can lightly touch her and if she responds positively, you can make another move forward. But don’t rush, you’re building the sexual tension, it takes time. You can hold her hand, rub her arm or leg, touch her neck – these gestures build the sexual tension very easily – that is if she likes you.

Think of this like starting a car in winter. You need to warm up the engine before you drive the car. Women need time to become sexually aroused. Plus, it’s more enjoyable if you take your time and build the tension slowly. If you two end up sleeping together, it’ll be mind-blowing since you’ve built up to the event. So, don’t rush. If you two spend hours simply rubbing each other’s arms, that’s okay. This isn’t a race.

There are too many people trying to be someone they’re not. Be yourself. You want her to be sexually attracted to you, not some projection of someone else. Plus, women can tell when you’re full of shit. So, it won’t get you as far as you think it will. Now that you know these flirting tips, the next time you approach a woman, try them out.