What Does It Mean When A Guy Kisses Your Hand? 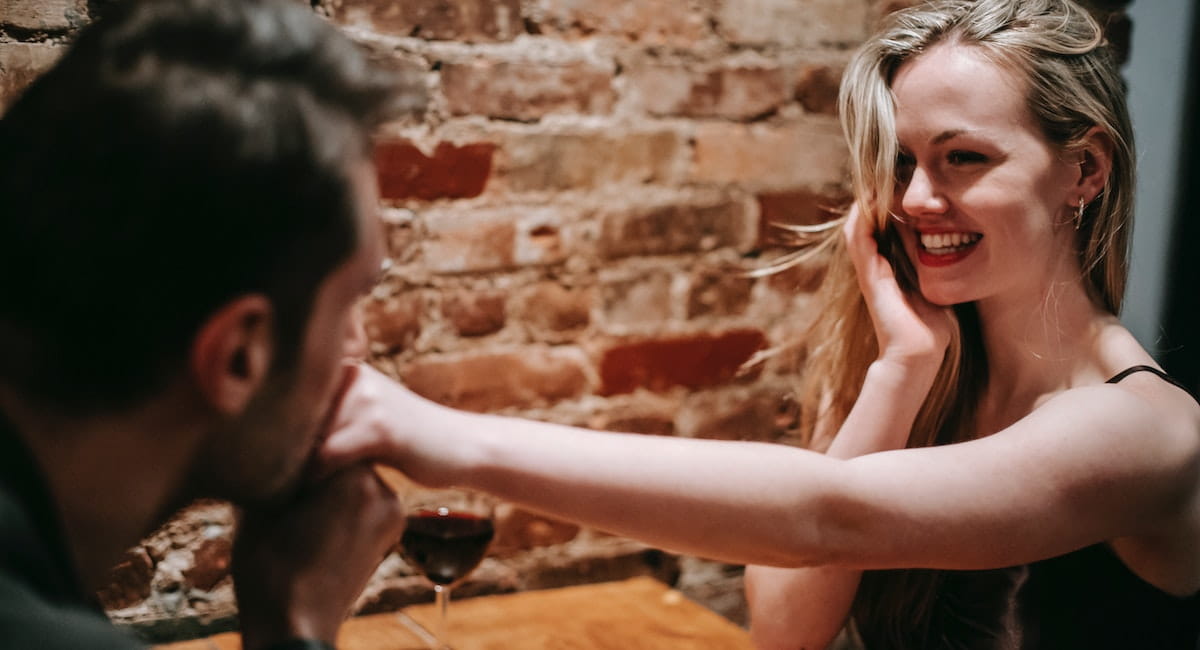 Men, They are seriously some of the most confusing creatures on this entire planet, don’t you agree? Just as confusing as women, if not way more! They do things that seem like they are straight out of left field and then you suddenly find yourself scrambling to understand why they did what they did. Sometimes they do things that surprise you so badly, you are left speechless and can’t find the words to ask, “Hey! Why did you do that?” And one of those things that brings you to that certain point, is when he throws out a surprise kiss of some sort your way. This could be a peck on the cheek, a full of smooch or a simple kiss on the hand!

What does each kiss really mean?

Well, kissing isn’t just something that ‘friends’ do with each other. Usually any kiss you get will be from a guy who is interested in you as more than just a friend. He is either interested in you physically or he also likes you emotionally. Either way, he likes you. People don’t go around kissing other people for no reason. Unless it is some sort of prank, but then that would make him a complete jerk! Stay away from guys like that.

A kiss on the lips is usually planted on you by a guy you have some type of standing relationship with at the time. Whether you guys are getting down and dirty or you’re on your way to being boyfriend and girlfriend soon, a kiss on the lips is inevitable. You can be sure that the two of you share a strong enough bond to get intimate with one another.

A kiss on the cheek is a little less serious. Although, it is still mostly going to be done by someone that you feel a fairly strong connection with, it doesn’t mean that he likes the idea of you as more than just friends. These type of kisses can be strictly platonic or even come from a family member, such as your brother or your cousins. It shows that they care for you and want to show you in a stronger way than just by giving you a hug. Cheek kisses are also given as a greeting at parties or formal events. Nothing romantic about that, is there? Especially if your boss does it at the office Christmas party every year, right?

So, where does a guy kissing your hand fit into all of this? Well, that is easy to explain!

Hand kissing falls smack dab in the middle of a kiss on the lips and a peck on the cheek. That is because it could go either way! Hand kissing was originally started in polish-lithuanian commonwealth and the spanish courts around the seventeenth and eighteenth centuries. It was a gesture that was practiced as a way of a gentleman greeting a woman. He would use it to show her the utmost respect as they met. In the olden days, it was the woman who would offer her hand to the man and wait for him to respond with a courtesy kiss.

This is not done so much in today’s modern day and age. However, you may see people commonly doing it in Central and Eastern parts of Europe.

Hand kissing is still as chivalrous as ever. Just because it is not done as often, doesn’t mean it doesn’t still mean politeness and respect.

Sometimes, a man may do this to make fun of how romantic the gesture is. So it is extremely important to be aware of the context at the time and also be observational of his body language when he is giving you a kiss on your hand.

When he gives you the kiss on your hand are you on a date together? Is he helping you out with something? Is he smiling while he does so? These are all good signs that point to the hand kiss being a truly romantic gesture. He is doing it to try and impress you greatly.

Now pay attention to see if he is doing it in front of his friends and see if they are laughing or snickering. Is he doing it and saying something offensive or showing even the slightest bit of sarcasm? Unfortunately, these are not as good of signs. This could mean that he is making a mockery of the gesture and just clowning around. If that seems to be the case, go ahead and dump him! You are worthy of so much more. You deserve someone who will give you those hand kisses as a pure gentlemen and nothing less!