What Does A Kiss On The Neck Mean – Dating Tips 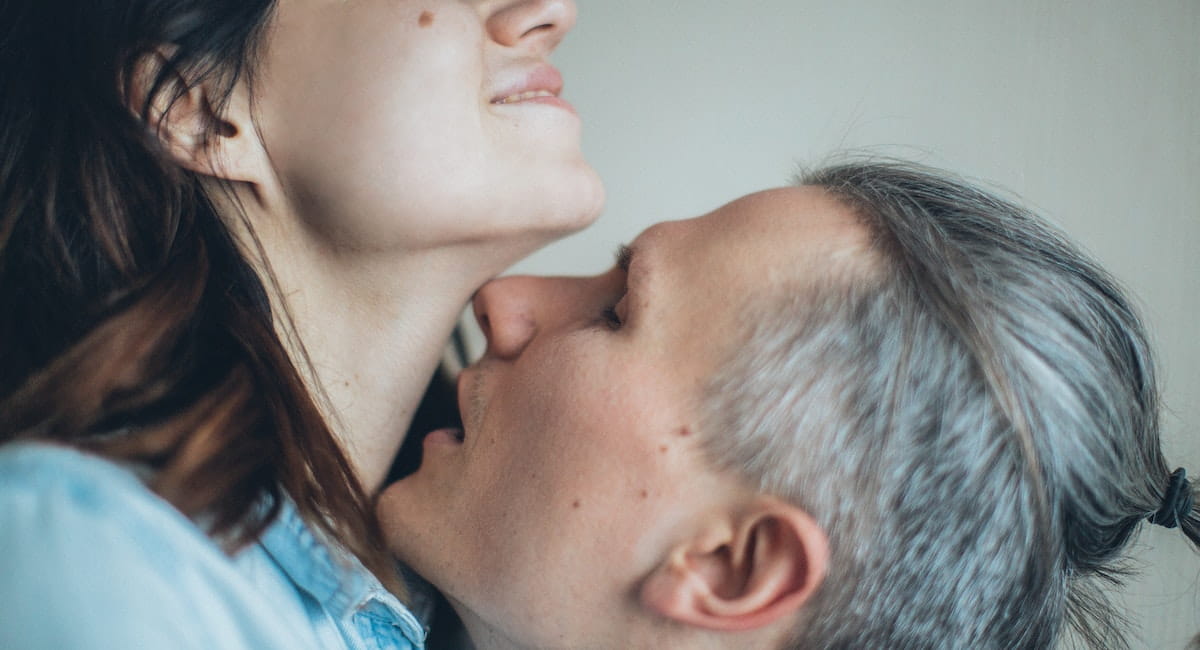 In passing- When a man acknowledges you with a quick kiss in passing it’s his way of saying, “I see you.” There are times when it would be inappropriate or unwelcome to have dramatic love declarations. Think Thanksgiving dinner in front of your or his families. Do they know he loves you and visa versa? Probably. Do they want him to put it in song or poetry at the dinner table? Nah. But if he’s passing by you and stops to plants a quick kiss, it’s a way of letting you know he loves you, notices you, and in a room full of people he hasn’t forgotten that.

In fact, couples that exchange these little physical gestures more frequently enjoy higher levels of satisfaction in their relationships. Touch is a significant aspect of romantic relationships. While all couples experience ups and downs over the course of time, if you notice that these small, regular affections are missing from your interactions you may want to try to increase the amount of times you caress each other in passing. Psychology Today even says, “Moreover, conflict resolution is easier with more physical affection—conflicts are resolved more easily with increased amounts of hugging, cuddling/holding, and kissing on the lips.”

Concentrated and in private- It’s not hard to guess what’s going on here. He wants you! Both the nape and the front of the neck rank in the top ten erogenous zones. The neck is especially sensitive to light touches, perfect for receiving the attentions of his lips. Interestingly, men have ranked their lips in the top three erogenous zones. This means he derives pleasure from kissing you and, in the act of his lips brushing over your neck, you’re both likely to be seduced. It’s been argued that one reason neck kisses are so titilating is because of the vulnerability one must show to allow their partner to kiss their neck. Your neck is a place where you have vital arteries, specifically the carotid arteries. Turning your head to give your partner access exposes these. It’s an act of trust, of attraction, and foreplay.

Justin Bieber’s “As Long As You Love Me” music video. This features Justin and a Selena Gomez lookalike exchanging some steamy kisses. This is perfectly relevant now, as it looks like these two may be on their way to a reconciliation if the pictures of them riding bikes and going to church together in the past week are any indication.

The Twilight Series Breaking Dawn- Fans of the series were rewarded after the long wait when Bella and her new husband finally got it on after their wedding. Edward, a vampire, famously kisses human Bella’s exposed neck, showing the sexy interplay between seduction and danger.

The monsoon scene. In the movie Kuch Kuch Hota Hai the “king of Bollywood,” Shah Rukh Khan, kisses his costar in the pouring rain, often on the neck, illustrating how perfectly matched the two main characters are.

A groundbreaking neck kiss. On Spartacus viewers were introduced to one of the first gay action heroes. His name was Agron, and aside from being a wildly attractive gladiator, he became the lover of Nasir. Their love scenes were hot, hot, hot to say the least and viewers got to see the romance from start to finish in the violent, unpredictable world of the Roman arena. Needless to say, many of their scenes involved the neck kiss at its best.