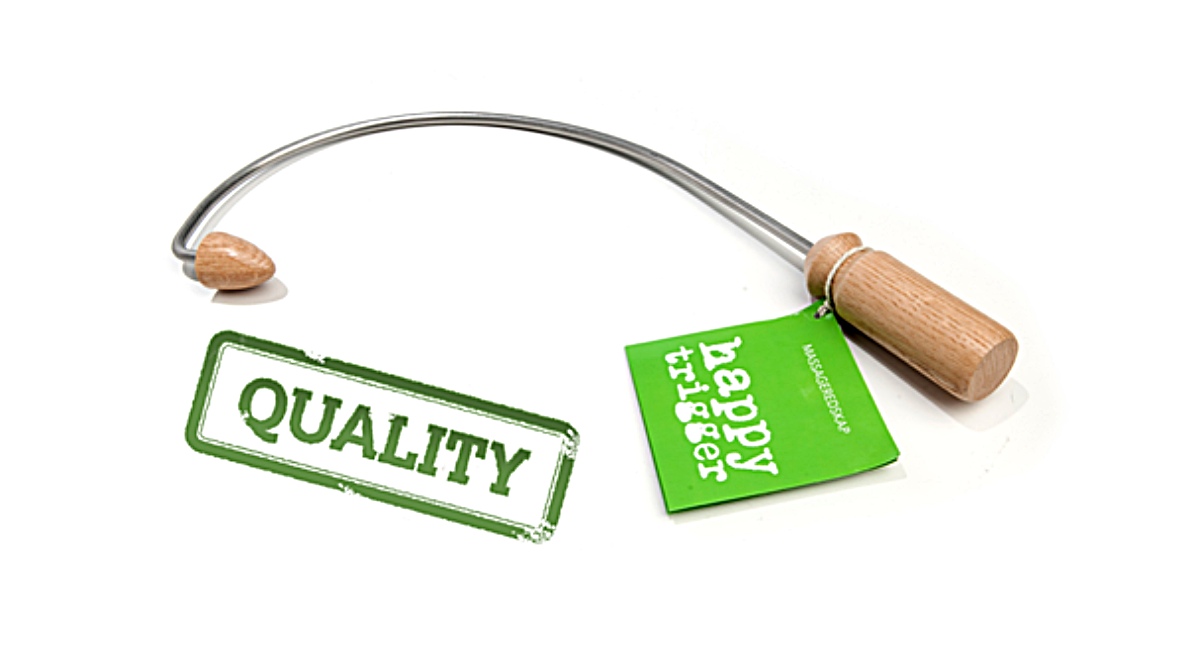 The story of the Happy Trigger has its beginning in a small beautiful city, with the name Helsingborg, in the south of Sweden, a country situated in the north of Europe.

The story of the Happy Trigger has its beginning in a small beautiful city, with the name Helsingborg, in the south of Sweden, a country situated in the north of Europe. Tobias Schön, a professional Acupuncturist, noticed throughout the years that many of his clients were spending a lot of time in front of computers and were suffering from neck, upper back, and lower back problems.

He decided that he would like to be able to help his clients even more than on their weekly or bi-weekly appointments for treatment at his studio. Tobias considered to clone himself but quickly realized that it would probably to complicated and time consuming to take on such a project. Instead, in an effort to help his patients, he carefully developed the Happy Trigger to enable self-directed therapy. As a result, many of his patients have been able to expedite the recovery process and greatly reduce or eliminate their pain.

Since the Deep Pressure Massage Tool was first launched on the market in Sweden 2011, and briefly after that introduced to the rest of Scandinavia, it has been a success. In 2013 the Happy Trigger was nominated for the best Health and Wellness related product in Sweden, the prestigious “Gold Apple” and has been featured in several articles in more or less all of the big Health and Wellness Magazines in Scandinavia. Furthermore, the product is carried by more than 750 stores in Scandinavia and the number increases every month.

The massage tool Happy Trigger has now entered the American market. When talking to the Operations Director at Bifrost LLC, the company behind the import of the Happy Trigger, Miss Caroline Auregaard, she says: “I have been a fan of the Happy Trigger since the product launched in Sweden in 2011.” When studying in San Diego she noticed that there was a big need for a product like the Happy Trigger in the U.S. and decided to start importing and selling the product.  “We did a lot of research and talked to a bunch of Massage Therapists, Chiropractors and Physical Therapists and the feedback we received was very positive that we had to go for it!” The Happy Trigger was introduced on the American market during September 2014 so everything is still very new but they have succeeded in establishing a solid presence in Social Media and received great reviews on Amazon.com. Mark Northrup, a licensed chiropractor, was given a sample of the Happy Trigger and thoroughly tested it for a couple of weeks and his admiration of the design of the product is hard to miss: “Throughout the years I have come across several handheld massage tools and can honestly say that happy trigger is one of the best. I particularly enjoy how well designed the tool is. The pointy tip efficiently allows you to massage deeper than any other product I have tried and the metal handle makes it very easy to apply just the right amount of pressure”.