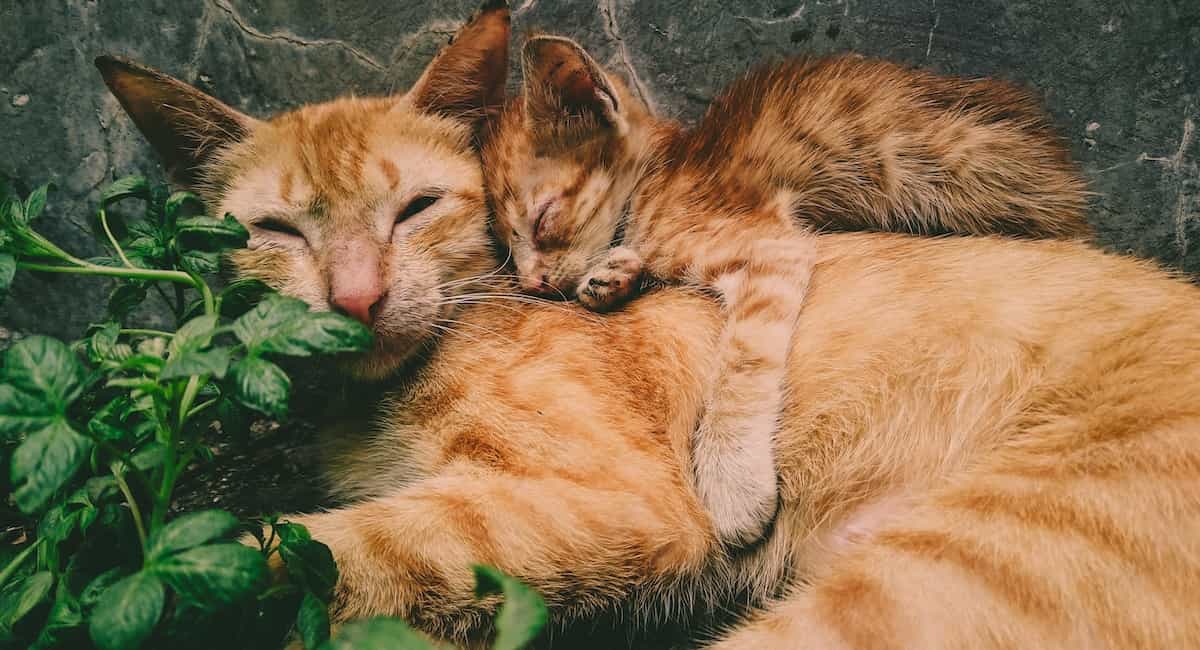 I’ve long been curious about cats and their fascination for catnip especially when I knew I had drank catnip tea and it had a calming effect on me. My curiosity led me to research and what I found I had to share.

In the article Why are Cats Crazy about Catnip? the attraction to catnip by cats is discussed. It is thought to be an aphrodisiac or intoxicant for cats, though different cats react  in different ways; humans differ even more. For more than 2000 years people have used catnip for calming nerves, relieving muscle spasms, menstrual cramps, aiding digestion, and more. In fact I enjoyed a calming cup of tea after publishing the article. One leaf steeped in boiled water for 10 minutes makes a nice brew and brings a hectic day to a peaceful ending. Cover the brew while it steeps to keep most of the chemical compounds intact. Catnip is an aromatic member of the mint family.

The leaves are soft and downy. Bruised they are aromatic. The flowers are long and white with purplish pink spots.  They flower July through September.  It was first used as a commercial product in America in 1796.

What is in catnip?

Curiously the chemical compound effects humans one way and cats in varying ways.  To get an answer I consulted Prescription fo Nutritional Healing by Phyllis A Balch, CNC

Phytochemical and nutrients in catnip:

Corrine Martin, a certified clinical herbalist in Bridgton, Maine advises one to use catnip and chamomile tea to soothe the stomach and relieve indigestion in the book Home Remedies from the Country Doctor.

The Herbal Drugstore by Linda B. White, M.D., Steven Foster and the staff of Herbs for Health recommend catnip or Nepeta cataria for inducing restful sleep. As a treatment for insomnia it is:

It is one of the “75 most effective herbs” according to The Alternative Advisor published by Time Life. It recommends use for:

My favourite herbal expert is James A. Duke, PhD.

In The Green Pharmacy, Dr. Duke recommends catnip for:

Dr. Duke does not recommend catnip for cataract treatment but as a preventative herb.

Research indicates the cloudy covering of the eye known as cataracts is caused by damage from oxidation. So what would better prevent cataracts than something known to prevent oxidative damage? There are chemical substances known to neutralize the effects contained in catnip. Catnip and other mints are also rich in flavonoids (dubbed Vitamin P). Another herb, Rosemary is also praised for these qualities. Read more than a dozen reasons you should be using rosemary in The Many Reasons to Use Rosemary. Rosemary is a healing herb that can be used in aroma therapy, applied topically, or taken internally. It is one of our very versatile and extremely effective herbs.

Jethro Kloss, the once renown herbalist and author of Back to Eden listed several remedies for catnip and recommended that no family be without it stating “If mothers would have this on hand and use it properly, it would save them many sleepless nights and doctor’s bills, and also save the baby much suffering.” After compiling the list from his many references, I was more than convinced of the benefits of catnip. Among the many ailments listed for treatment by catnip were:

Catnip is safe in low dosages even for infants.

Known side effects are not serious. If catnip produces an upset stomach, which is rare, the user should stop using the herb immediately. With infants and those over 65 the brew should be weak and the strength only increased after time, however catnip is not recommended during pregnancy.

This article is not meant to replace medical advice.

While I strongly encourage those who can to explore herbal remedies and natural medicines I would never recommend one to ignore their health care providers advice nor fail to consult him or her when ill or adding a supplement to your diet. It is only my intention to enhance the care you receive from your doctor, not to replace it.