13 Signs Your Boyfriend is Gay 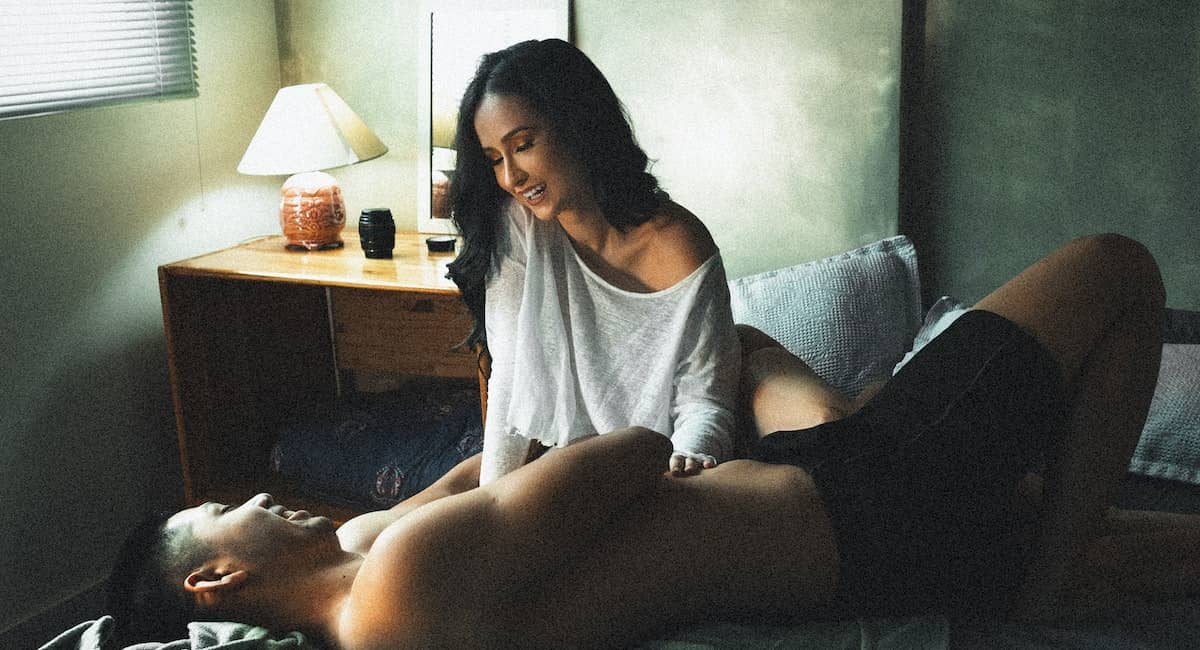 The last thing you want is to be with someone who really, deep down, doesn’t want to be with you. They may love and care for you, but they’re not sexually aroused by you which is a huge problem. Does this mean they’re a bad person? No, they’re just hiding. Of course, it’s not nice that they’re using you to hide behind but if you know the signs then you’ll be able to pull out of the relationship before you get hurt. So, it’s your job to know the signs and to start looking at your relationship. That way, you can find someone who really wants to be with you. So, let’s not waste any more time. Here are the 13 signs that your boyfriend may be gay.

If you’re reading this then you already have some feeling that your boyfriend isn’t who he says he is. If you’ve gotten to this point where you’re researching the signs of homosexuality, then maybe it’s time you sat down with him and had a talk about it. Usually, your instinct is always right, so don’t let him try to persuade you differently, however, do your research ahead of time so you know what to look for.

#2 He doesn’t look at other women

Men look at women, it’s just as simple as that. Even if they’re madly in love with you, they’ll glance at a good looking girl that walks by. But, if your man isn’t looking at women at all, don’t take that as a compliment. This is an important sign we tend to overlook, however, it means a lot. If he doesn’t acknowledge the existence of other women, it may be because he’s not interested in them.

#3 He looks at other men

When he does look at other people, his eyes are on other men. He’ll notice all the small details about them and appreciate their style. Which doesn’t mean he;s gay, however, if at the same time he’s never looking at women, then you should be suspicious. Constantly checking out other men is a good hint for you to pay attention to.

Men usually aren’t physical with other men, however, if your boyfriend is always touching other men and eagerly doing do, then it may be a sign that he’s attracted to them. Now, don’t get me wrong, hugging another man does not mean he’s gay. However, there will be physical gestures that are slightly more sexual in nature, those are the ones you should keep an eye out for. A lingering hand on the shoulder or through the hair are good signs.

Many men who are homophobic are actually homosexual themselves, yes, I know, what a surprise. This is actually the best way to tell if a man is gay or not. If he has an extreme hatred towards homosexuals, then there’s a high chance he;s in denial. Straight men are accepting of gay men unless they cross a boundary. However, unusual anger towards homosexuals is an all-telling sign that they’re closeted with their own sexuality.

#6 He doesn’t engage in sex with you

Now some days your partner won’t feel like having sex which is completely normal. However, are you always having to initiate sex? Do they willingly engage or does he usually come up with some excuse as to why he can’t? If he’s not into touching you, this is a great sign that he’s not sexually attracted to you. This doesn’t mean he’s gay, it just means you don’t turn him on. Now, if he’s only turned on when you use a strap-on of when you do things where he isn’t looking at your face – then that’s an excellent sign to show you that he isn’t as into you as you thought he was. Maybe it’s time you sat down with him and talked to him about that.

#7 His social circle is suspicious

If you were to go onto his Facebook profile, what would you see? Does he have a lot of different men on there? Men that you don’t know and have never met? Maybe you’re even surprised he knows some of them based on their own profiles. Maybe you found out he has a separate account that he’s been hiding from you which is another huge sign that he’s hiding something. If either account has copious amounts of strange men, I would be more concerned about the fact that he may be cheating on you.

#8 His internet history is always deleted

When you use his computer, his browsing history is always cleared. No one takes that much time to clear their browsing history unless there was something on it they didn’t want anyone to find. Now, this doesn’t mean he’s gay, but this means he’s hiding something. Now, you’d have to find a moment where he didn’t delete his browsing history to really find out what he’s hiding, but that won’t be so easy. Whatever he’s hiding, he really doesn’t want you to know about it. So, he may not be gay, but he may be chatting to other women or sending nudes to other people. Regardless, you need to do some investigating or just confront him on it.

#9 He has a gay dating profile

Well, this one really seals the deal, I think. If you found a dating profile with him where he’s on a gay dating app or says he’s “open-minded” on his profile, well, then you know. This doesn’t mean he’s gay, he could be bisexual, but now you’re aware that he’s looking to hook up with other people behind your back which isn’t cool. What the important thing here is, is that he’s looking to cheat on you, so his dishonesty should be enough to end the relationship.

Men hang out with their male friends – this is completely normal. However, there’s a point where him hanging out with his friends is more important than seeing you. This, again, doesn’t mean he’s gay, but obviously he and his buddies are up to something. So, be mindful of that. It’s okay that he hangs out with his friends but if you haven’t seen him in a couple days, I would start to wonder what they’re doing and if you’re a priority because I don’t think you are.

#11 He’s really into his appearance

He couldn’t care what you looked like, but when it comes to himself, he invests a lot of time into his look. Taking care of yourself doesn’t mean you’re gay or bisexual, it means you want to look good. However, if he goes with you to get his nails done or spends hours looking at hairstyles that he wants to try out, that’s a tad odd. There’s a certain level where hair gel, lotions and wax are normal and then there’s this area where you start to wonder what’s going on. If your boyfriend is in that grey area, it’s time you asked him some questions.

Like, who actually cares if someone else is gay or straight. But for him, this is a huge deal. He’s really interested if you tell him that one of your friends is gay. He wants to know how they came out if they were accepted by their family and friends, how people reacted. If he’s always bringing up how someone he knows recently came out or how he’s curious about the gay community, well, maybe he’s interested in coming out himself. You don’t have to look too far to see what’s already in front of you. If he’s researching the pros and cons of coming out, well, then he obviously is weighing his options.

Now, if he shows one of these signs unless it’s the gay dating app membership, it doesn’t mean he’s gay. But, if you’re noticing that he has many of these signs, well, then it’s time you reconsidered and reevaluated your relationship with him. Don’t be angry, sexuality is difficult to process, what you need to do is confront him and see what he says. Ideally, if he tells you he’s gay, well, now you know you can move on and find someone else who really likes you and your vagina. But, it could also mean he’s bisexual, which is a very quiet community of men, but it does exist.

Relationships are hard enough as is, so if you feel that your partner isn’t being honest with you, it’s time you looked at the signs and figured out what’s really going on. Though you may like him, if he’s not interested in women, then there’s not point being in a relationship with him any longer. Look for a couple of these signs and then prepare yourself to confront him. He may not admit to it right away, but eventually, since he knows you’re aware, he won’t have much of a choice.