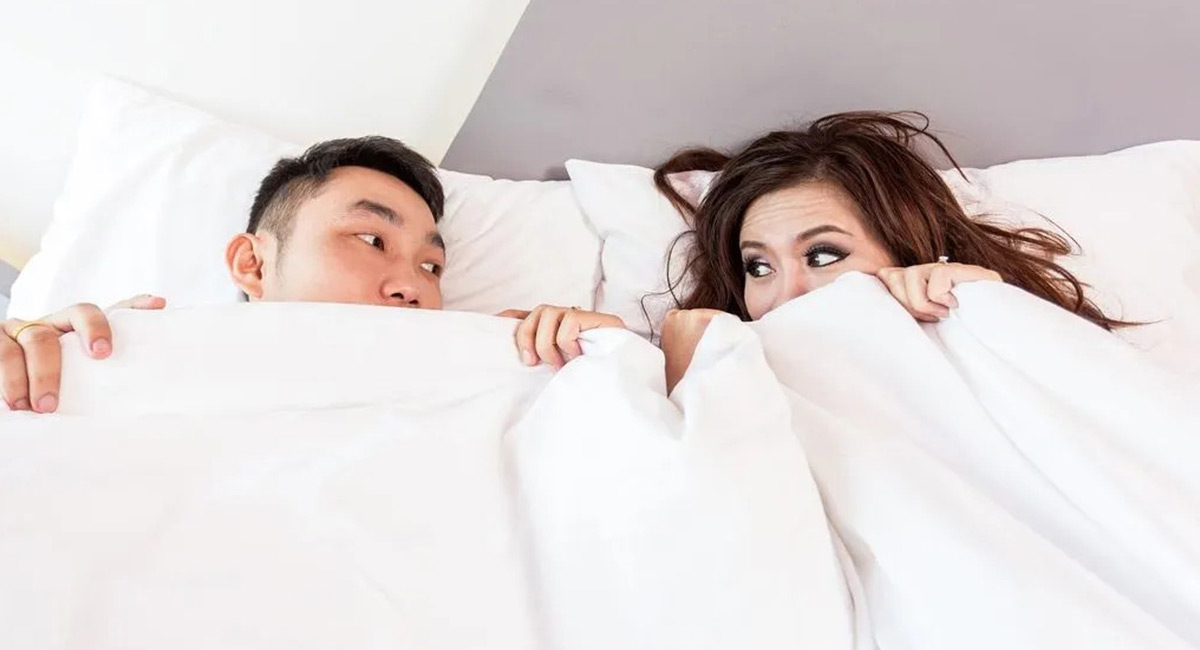 So things got a bit steamy between you and the guy you like. Everything was going all fine and dandy until… Oh no! It’s already over before you even had a chance to begin.

‘Why does he come so fast with me?‘

Fortunately, it’s usually not you.

And if it is because of you, it’s a good thing!

No he isn’t just trying to get it over quickly because he hates you.

It’s more likely he came fast because of how much he likes you.

Premature ejaculation is uncontrollable. It can happen before or after sexual initiation. There does not have to be a lot of stimulation for this to happen.

Most of the time, no one is at fault.

Why does this happen though?

Well, there’s a few different reasons behind why a man may do this.

Men tend to learn how to control and delay their orgasms over time. This means that when they first start doing the freaky-deaky they don’t always have much choice in when they ejaculate. It takes time, practice and effort to get the timing right. Because the two of you are different individuals, you may not always cum at the same times. That’s okay. There is nothing wrong with that as long as you are both generous by letting the other finish at their own pace. His pace may just be a little (or a lot!) faster than yours because he doesn’t have much experience in this department… Yet. Give him time. Until he learns, you can try to take away the aspect of anticipation.

You may have heard a man say something like, “Man it’s been so long I’m starting to get blue balls!”

We know that young, inexperienced men have a hard time prolonging their release. However, when a man reaches a certain age in the upward numbers, he also may have a hard time controlling when he comes. You lose the ability to control a lot of your body functions as you get older. The same goes for sexual gestures. We start losing the ability to control when it happens. If he gets too excited, he may not be able to contain himself much longer.

In this case, just take your time with him! When you feel like he is getting really worked up, take a step back from whatever you are doing. Give it 30 seconds for him to calm down and then continue on! Repeat until desired time is reached.

What can you do to solve this problem?

All you have to do is figure out how to not appear as attractive to him.

Maybe ditch the role-play outfits or sexy thongs until he can get himself under control in the bedroom.